My Quilt Guild recently sponsored a workshop featuring the Seven Sisters quilt pattern which requires Y seams or a partial seaming technique.  This is a quilt pattern I had always admired, but found very intimating because of this technique.  Kelly Ashton (Kellyquilter.com) taught the class and soon had all of us sewing partial seams like pros.  Here's a photo of us at the end of the day, proudly showing our progress.

The emails have been flying as friends are finishing their projects.  I will share the ones I have received to date. 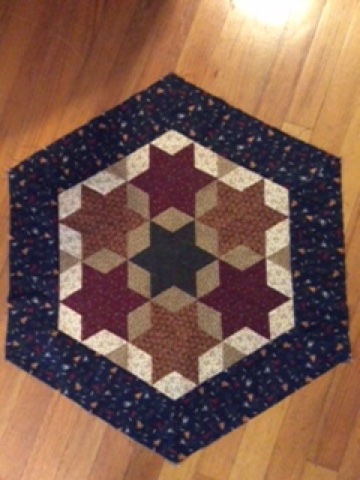 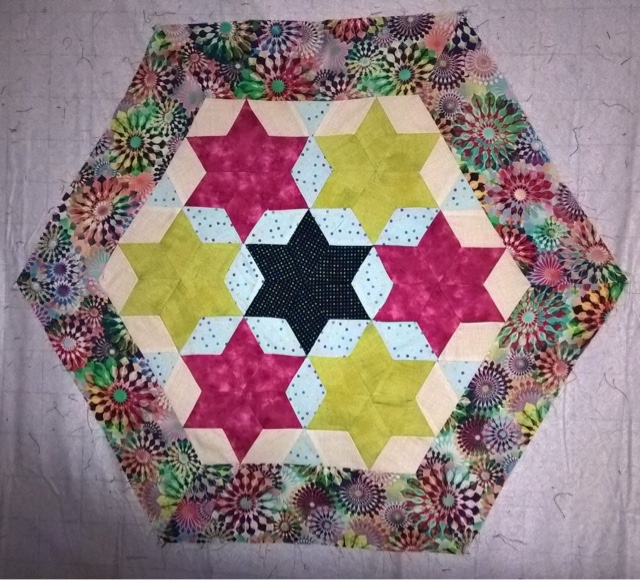 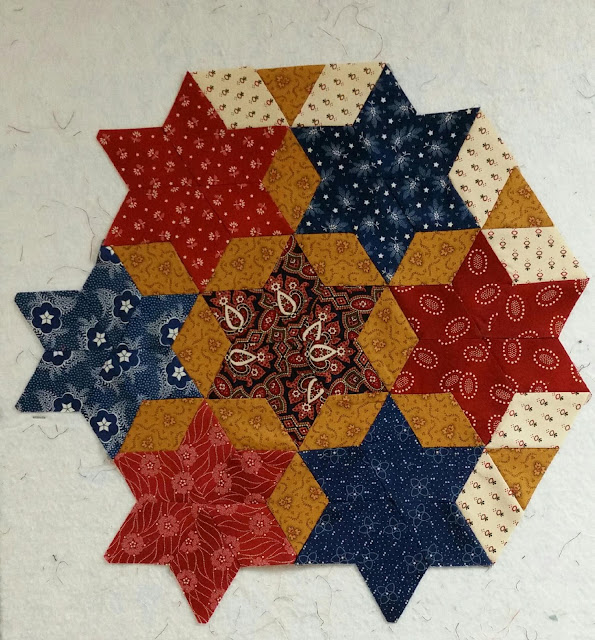 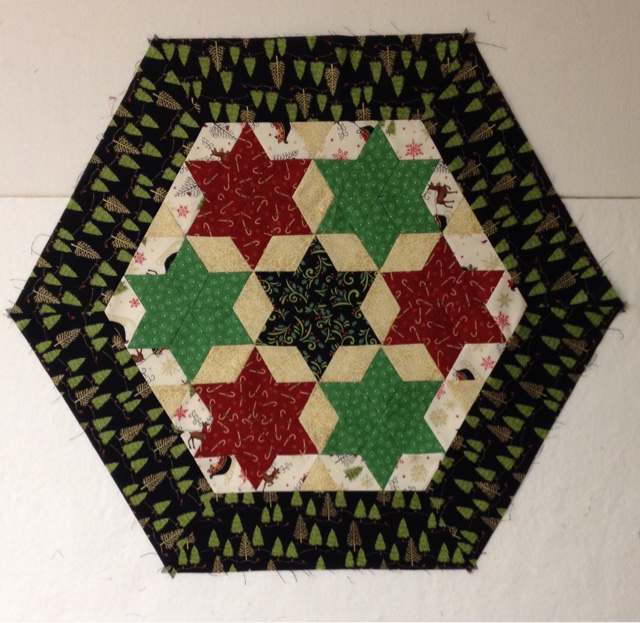 I have had these fabrics since last summer, ordered from the Renee Nanneman website. I love that tree print with the black background.  It just had to be the border.  I was happy to have a fun project to test these lovelies.  The stars and background only required a few 2-1/4" strips for the diamond and triangle shapes, so I have a little of each print left for another project.  I actually trimmed down the scraps to 2" strips and tested a block that has been the subject of lots of Internet chatter for the last couple of weeks.  Can you guess?  More about that in a subsequent post.
Judy
Posted by Judy Smith at 6/28/2016 2 comments:

Better late than never, right?  I was traveling the first two weeks of June, a driving tour of the National Parks of California.  We saw some beautiful country, my favorite being Yosemite National Park. 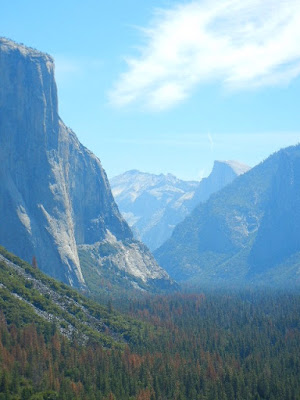 I came home with a cold, so it took a few days before I was ready to attempt catching up with my sewing.  After checking my stash for the beach colors designated this month, I thought about just skipping June as there was one piece in an aqua and it had cows on it.  Not exactly beach style.  I couldn't believe how very little blues and greens there were in those shades.  Lots of olive and leaf greens, lots of navy blues and country blues.  Obviously, some stash enhancement needs to happen.  I did find a panel I recently purchased to make my charity boy quilt.  It is a port scene with ships, etc. so added some strips of coordinating colors and that took care of that personal commitment. 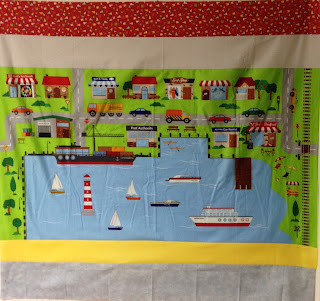 Just a flimsy at this point.  I think some little boy will have fun with it once it is quilted and bound.

My two Father's Choice blocks were difficult too, as beach colors don't usually reside in my Civil War bin.  I did find some blues tending toward a teal to make those blocks.  They sew up so fast now that I've made six months of them.

I now have twelve of these and plan to have twenty-four by the end of the year.  It should make a large quilt depending on the setting.  I've been thinking about that a little, mostly about some type of sashing.  Any suggestions?
Linking up (very late) with SoScrappy.   http://superscrappy.blogspot.com/p/rsc16.html
There is a lesson in this blogpost.  When you get discouraged about being behind on your projects or your commitments, you just ......
Start stitching,
Judy